Is Type 2 diabetes an autoimmune disease?

It may as well be according to the Medical News Today.

T2 is now being redefined as an autoimmune disease rather than a metabolic disorder.  This finding may lead to the new T2 treatment that targets the immune system instead of simply trying to control blood sugar.  I always thought that controlling BG addresses symptoms but does nothing to the real cause of the problem.  It’s like taking Tylenol for a toothache instead of seeing a dentist. Now it looks like the T2 treatment is about to take off in the right direction.

The researchers believe that insulin resistance, the hallmark of type 2 diabetes (unlike type 1 diabetes where it is the insulin-producing cells that are destroyed), is the result of B cells and other immune cells attacking the body’s own tissues.

Autoimmune diseases affect up to 50 million Americans.  They develop when the immune system which defends body against disease, decides that your healthy cells are foreign.  As a result, it attacks healthy body cells.  The treatment of autoimmune diseases is aimed at the cause as well as the symptoms.

For me, I am one of the folks with multiple autoimmune diseases.  For once, I have had Rheumatoid Arthritis for some years before I was diagnosed with T2.  RA is an autoimmune disease; I credit Enbrel, an immunosuppressant med, for making it more manageable.   Contrary to the popular belief, not everyone needs a boost to their immune system.

Further research could possibly lead to new therapies for T2 diabetes that address autoimmunity.   Hopefully it will refocus away from the blame-game toward T2, and focus on being proactive and treat the cause not just the symptoms.  The news is very reassuring.  I’m looking forward to it. 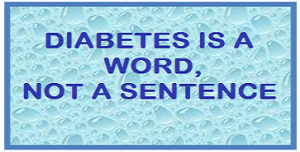 6 Responses to Is Type 2 diabetes an autoimmune disease?